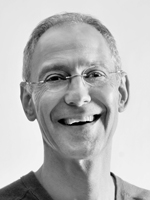 Ezekiel Emanuel is the vice provost for global initiatives, the Diane v.S. Levy and Robert M. Levy University Professor and chairman of the Department of Medical Ethics and Health Policy at the University of Pennsylvania. A breast oncologist, Emanuel was chairman of the Department of Bioethics at the National Institutes of Health and served as special advisor on health policy to the director of the Office of Management and Budget and the National Economic Council. He was a member of President Clinton's Health Care Task Force and the National Bioethics Advisory Commission. He co-edited the Oxford Textbook of Clinical Research Ethics and has published widely on the ethics of clinical research, health-care reform, euthanasia and the physician-patient relationship. Emanuel was elected to the National Academy of Sciences' Institute of Medicine and the Association of American Physicians. Among other honors, he received the Public Service Award from the American Society of Clinical Oncology. Emanuel received his M.Sc. from Oxford University and earned his M.D. and Ph.D. at Harvard.