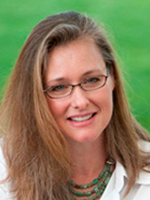 Dawn Averitt Bridge is the founder and chair of the Well Project, a nonprofit organization formed in 2002 to improve the lives of women living with HIV and AIDS, and the founder of National HIV Awareness Month. After being diagnosed with HIV at age 19, Bridge has become one of the nation's most prominent HIV and AIDS advocates. As the founder of the Women's Research Initiative on HIV/AIDS, she has been instrumental in shifting the research paradigm to include more women and people of color. Bridge also serves on the Presidential Advisory Committee on HIV/AIDS (PACHA), and her numerous board and panel affiliations range from an FDA advisory panel to several NIH working groups. In 2007, she received a Women Leading Change Award from the World YWCA for her leadership in addressing the HIV and AIDS pandemic.