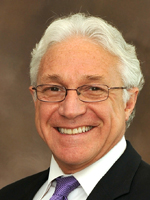 James Greenwood is president and CEO of the Biotechnology Industry Organization and a former member of Congress. BIO represents more than 1,200 companies, academic institutions and other organizations in the United States and abroad. Since his appointment in 2005, he has greatly expanded the trade association, helping to transform it into a world-class advocacy group playing a leading role in shaping public policy on issues crucial to the industry. From 1993 to 2005, Greenwood represented Pennsylvania's 8th District in the House of Representatives. As a senior member of the Energy and Commerce Committee, he was widely viewed as a leader on health care and the environment. He chaired the panel's subcommittee on oversight and investigation, leading probes into corporate governance at Enron, terrorist threats to infrastructure and waste and fraud in government agencies. Prior to Congress, Greenwood served in the Pennsylvania General Assembly and Senate and was a caseworker with abused and neglected children. He earned his bachelor's degree at Dickinson College.