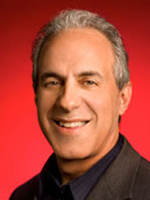 Greg Simon is CEO of Greg Simon, Inc. He has held senior positions in Congress and the White House, been a senior strategy consultant to technology CEOs and was the founding president of FasterCures. Most recently, Simon was senior vice president for patient engagement and head of worldwide policy for Pfizer, Inc. At FasterCures, he led efforts to reform public policy to bring more vital medicines more quickly to doctors and patients. Prior to that, his firm, Simon Strategies, advised major international companies such as Sony, Cisco, Motorola and AOL. Simon was chief domestic policy advisor to Vice President Al Gore from 1993 to 1997. He represented Gore on the National Economic Council and oversaw key initiatives regarding the National Institutes of Health, the National Cancer Institute and the Food and Drug Administration. The journal Nature Medicine named him one of "Ten People to Watch" in health policy, and he has received the Genetic Alliance's Art of Advocacy award. Simon earned his law degree at the University of Washington and his B.A. from the University of Arkansas.