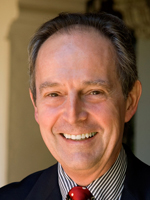 Jean-Lou Chameau is president of the California Institute of Technology, one of the world's preeminent centers of education and research in engineering and science. Caltech also operates such renowned facilities as the Keck Observatory and, in partnership with NASA, the Jet Propulsion Laboratory. At the Georgia Institute of Technology, Chameau was provost, dean of the College of Engineering and director of the School of Civil and Environmental Engineering. He also served as president of Golder Associates, a geotechnical consulting company, and was a faculty member at Purdue University. He serves on the boards of MTS Systems Corp., Safran SA and John Wiley & Sons, Inc. Chameau is a member of the U.S. National Academy of Engineering and the French Acad‚mie des Technologies. A native of France, Chameau received his graduate degree in civil engineering at Stanford University.