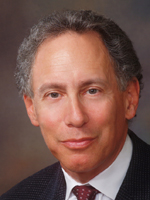 Robert Langer is the David H. Koch Institute professor at MIT. Langer has written more than 1,175 articles and has approximately 800 issued and pending patents worldwide. Langer's patents have been licensed or sublicensed to over 250 pharmaceutical, chemical, biotechnology and medical device companies. He served as a member of the Food and Drug Administration's SCIENCE Board from 1995 to 2002 and as its chairman from 1999 to 2002. Langer has received over 220 major awards including the 2006 U.S. National Medal of Science; the Charles Stark Draper Prize, the 2008 Millennium Prize and the 2012 Priestley Medal, the highest award of the American Chemical Society. Parade magazine in 2004 selected Langer as one of six "Heroes Whose Research May Save Your Life." He received his bachelor's degree from Cornell University in 1970 and his Sc.D. from MIT in 1974, both in chemical engineering.