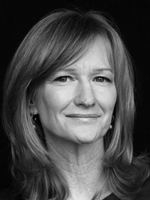 Deborah Brooks is co-founder and executive vice chairman of The Michael J. Fox Foundation for Parkinson's Research (MJFF). Brooks launched MJFF with Michael J. Fox and served as the foundation's president and CEO from October 2000 to February 2007. She oversees the foundation's fundraising, communications and digital strategy teams. Brooks serves on the boards of FasterCures' Philanthropy Advisory Service and the School of Social Policy and Practice at the University of Pennsylvania. She is also a past director of the Parkinson's Action Network. Brooks started her career at Goldman, Sachs & Co., where she spent nine years as vice president in the fixed-income and asset-management divisions. She holds a bachelor's degree in economics from the College of William and Mary, an M.B.A. from the Tuck School at Dartmouth College and a master's in marital and family therapy from Northwestern University.