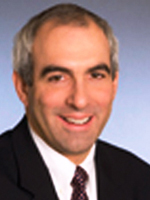 Mark Simon is an advisor and co-founder of Torreya Partners, a boutique advisory firm that assists life science companies on strategy, business development, licensing, financing alternatives, and asset monetizations/divestitures. From 1984 to 2005, Simon was involved in some 175 transactions raising about $30 billion for life science companies. From 2002 to 2005, he was a managing director and head of Investment Banking Life Sciences at Citigroup. From 1998 to 2002, he was head of Investment Banking Life Sciences at Robertson Stephens, leading a team that conducted an in-depth pipeline review on 82 pre-POC projects for a major pharmaceutical company. During his Robertson tenure, Simon raised 45 percent of total biotechnology dollars and managed and co-managed 20 percent of all deals from 1999 to 2001. From 1989 to 1998 at Robertson, Simon was a senior research analyst covering the biotech industry and was a three-time Wall Street Journal All-Star Analyst. He holds a B.A. from Columbia College and an M.B.A. from Harvard Business School.