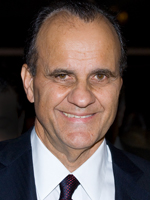 Joe Torre is Major League Baseball's executive vice president for baseball operations. In 2010, he concluded his third and final season as manager of the Los Angeles Dodgers after leading the team to the NLCS in 2008 and 2009. Previously, he spent 12 seasons as manager of the New York Yankees, guiding them to the playoffs every year and winning four world championships. Torre made his managerial debut with the New York Mets in 1977, becoming the first player-manager in the majors since 1959. In addition to managerial stints with the Atlanta Braves and the St. Louis Cardinals, he also spent nearly six seasons as a television broadcaster for the California Angels. Torre ranks fifth in all-time managerial wins, and was named American League Manager of the Year in 1996 and 1998. During his 17-year playing career, he was a nine-time All-Star and the 1971 NL MVP. He is chairman of the Joe Torre Safe At Home Foundation, which develops educational programs geared to ending the cycle of domestic violence.