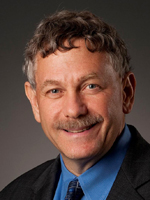 Eric Lander is president and founding director of the Broad Institute of Harvard and MIT, a professor of biology at MIT and systems biology at Harvard Medical School, and co-chairman of the President's Council of Advisors on Science and Technology. A geneticist, molecular biologist and mathematician, Lander has been a pioneer in the understanding and medical application of the human genome. He was a principal leader of the international Human Genome Project from 1990 to 2003 and created genomic methods that enabled the discovery of thousands of genes underlying common diseases such as diabetes, cancer and psychiatric disorders. Under his mentorship, an extraordinary cadre of young scientists has become the next generation of leaders in medical genomics. Lander has co-founded several successful biotechnology firms and served on governing and advisory boards for government agencies, academic institutions, scientific societies and corporations. The recipient of numerous awards and honorary degrees, Lander is a member of the National Academy of Sciences and the Institute of Medicine.

Eric Lander:
Past Achievements and Future Potential in Bioscience