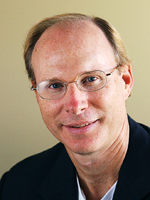 Ross DeVol is chief research officer at the Milken Institute. He oversees research on international, national and comparative regional growth performance, technology and its impact on regional and national economies, access to capital and its role in economic growth and job creation, and health-related topics. He was the principal author of "An Unhealthy America: The Economic Burden of Chronic Disease," which brought to light the economic losses associated with preventable illnesses and estimated the avoidable costs if a serious effort were made to improve Americans' health. He also authored "America's High-Tech Economy: Growth, Development and Risks for Metropolitan Areas" and created the "Best-Performing Cities Index," an annual ranking of U.S. metropolitan areas that shows where jobs are being created. Other recent work involves the study of biotechnology and life-science clusters and their impact on regional economies. DeVol was previously senior vice president of Global Insight Inc.